Greetings to our current and prospective Chapter Members and welcome to the American Financial Education Alliance (AFEA) chapter website for Abilene, TX #4605! 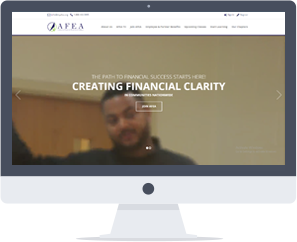 Greetings to our current and prospective Chapter Members and welcome to the American Financial Education Alliance (AFEA) chapter website for Abilene, TX #4605!

Floyd was born in Hallettsville, Texas. He is the oldest of 9 children. Floyd spent his early years growing up on the family farm.

He attended Stevens Mayo High School until it closed in 1966 because of intergration and he graduated from Hallettsville High School.

He enrolled in Prarie View A&M College in 1967 and graduated with a BS degree in Animal Science in 1971. While attending PV he was a member of the Future Farmers of America and the Alpha Tau Alpha honor society.

After college he was hired by Elanco Products Company, a division of Eli Lilly & Company in their Agricultural Chemical Sales Divison. He marketed herbicides to farmers in a 25 County area surrounding Abilene.  He won numerous awards and traveled to many exotic places.

In 1983 he decided to go into business for himself. He has been self-employed as an investment professional for 35 years, “helping individuals and corporations make smart investment decisions.

He and his wife also own The West Texas Tribune which is a community based newspaper.

He has also served in the following positions: Minister of the North 10th & Treadaway Church of Christ, President of the Board of Hospice of the Big Country, President of the Board of Taylor County Extension Council, and served on the Mental Health Association Board, President and Board member of the Abilene Black Chamber of Commerce.  He also served 10 years on the Planning & Zoning Commission for the City of Abilene, Elder at the Baker Heights Church of Christ and past Board Member of the Christian Service Center.

Floyd and his wife participated in a trade mission to Belize in 2008.The goal was to establish business partnerships that will be profitable for Belize and its Abilene, Texas partners.

Miller received the Thomas G. Oliphant Leadership Award which was presented by the African-American Leadership Council of West Texas.  This award honors community leaders who are positive examples for children.   He also received the Kiwanis Layperson of the Year for Texas Oklahoma District 35.  He recently received the Richard Nelson Award from the Texas Association African American Chamber of Commerce honoring individuals in the Texas Black Press.

In addition to the above mention organizations Miller has presented numerous investment seminars for his clients. He has produced a presentation on Christian Stewardship and has also shared investment tips on Cross Talk: What does the Bible Say about Money and Finances. You can find the presentation on You Tube:  Floyd Miller at Baker Heights . Miller has 35 years of experience in the financial services industry and enjoys speaking on subjects that can help individuals with their finances.

Floyd is married to Marilyn Frazier Miller formerly of Chattanooa, Tn. They have been married for 44 years. They have three grown children, Ellis, Sienna, and Amber Monroe who is married to Bryan Monroe; they have 3 grandchildren Ryder, Asher and Magdalene.